In this second part of the course we have worked on some new resources, many of them very important for our digital competence in the classroom. Let me mention what I think that has been more important:

Interactive whiteboard:
We have worked on interactive whiteboard, a part of the subject that I think it is very important, as we will probably use them in the future. We learnt some ideas about it, and what it is more important, we have used them. This has been vital, because this kind of technology is very concrete, and we wouldn´t have learnt so much hadn´t we used them in reality.


Dropbox:
We have talked about some options of Dropbox, but I think this wasn´t much important, as we all use Dropbox regularly, so we already had a good background of it.

Podomatic:
We have learnt to create podcasts, and we did create one short class with audio through podcast. I think this will be very useful for us in the future, especially on english classes, where listening is so important.

Skype:
This is another program we have worked on, which I think it was not very important to deal with, because almost everybody use it regularly in his real life. In my personal case, I work with Skype daily, so this part wasn´t very useful for me.

Excel:
We have learnt to use excel, especially in order to create evaluation spreadsheets. I think this is very useful in general, although unfortunately, I already knew that tool as I work with it. Nonetheless, I think for most students it has been interesting.

Edmodo:
This is one of the most important resources we have worked on, in my opinion. For me, learning about this tool has been very important, as I am pretty sure I will use it. Not only in the future, in the classroom, but also in the near future, as I can use it for chess purposes too: quizzes, questions, exams, homeworks, and so on.
Through this site, we can create lots of different kind of exercises, and send them to the students, setting a deadline, and so on.


Web pages:
And for finishing this part of the course, we have learnt how to create webpages. This can be useful in the future, to have and share teaching material, but especially for our real life, as nowadays it´s important to have some basic knowledge about this technology.

I think this second part of the course has been very interesting. Maybe we could have worked more on resources like Edmodo and Modomatic, rather than Skype or Dropbox. In general, I´d rather we have spent more time on the new programs we have known, and less on the general program we already should know.

Anyway, the time spent has been very useful, and I think that, in any way, all these resources will help us in the future.
I am sure this subject is very important for future teachers, and its global philosophy has been very appropriate. In my case, I am sure I have learnt several things which I will use in the future.

Posted by Mikel Huerga at 04:11 No comments:

Sometimes the web is not working properly for reproducing the audio on the web, but the file can be downloaded and reproduced on the computer in any case.


The class is about how to make questions and answers with the verb "can/can´t".

FIRST in class, we would ask the students some introductory questions like:
-  Can you sing?
- Can you drive a car?
- Can you climb a mountain?

When the structure is clear, we ask the children for asking his/her partner about things he/she can do.

For finishing the lesson, we listen and sing the song on the poadcast. It can sung in several ways, like a poem or a rap, which is very motivating for kids.

Posted by Mikel Huerga at 03:56 No comments:

You can enter the excel I have worked through the link: https://drive.google.com/file/d/0B8cBQIylk4MJbEVWb1RVaWV2TnM/view?usp=sharing 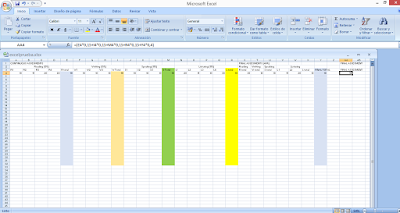 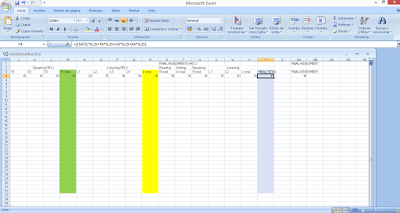 Posted by Mikel Huerga at 03:52 No comments:

As I have finished the initial PLE on December, my final PLE doesn´t have any difference. I tried to include all my relevant links from the beginning.

The next publications are the second part of the blog for the evaluation.
Posted by Mikel Huerga at 01:52 No comments:

In this subject, -Digital competence and ICT competences for future teachers- we have worked on a lot of different resources that we shall use in the future in our schools.

It´s clear that in the future (and in the present!) technology is going to be decisive in education. In our case, especially, working on Primary School, where it is so important to catch the attention of the kids, technology will be a decisive tool for us in the classroom. That´s why I think it is important to take a tour to different programs and digital resources which will be useful for us in the future.

Let me mention what I think it is more important of each of that resources revised in class:

Wikis:
I think this tool is interesting for teachers, and we might use it with students from the last years of Primary School. It is very easy to work with, and allows us to share documents that can be edited from different computers, in a collaborative way. For example, we could tell the students to investigate an item -whatever- and share the information in a unique wiki document.
For younger kids, I think it won´t be that useful, as they are not so used to work with this kind of documents.

PLE:
As in the Wikis, I find PLE very useful, firstly for teachers -and people in general-, as it is a very clear way to see the different websites we usually visit at a glance, and secondly, for late-primary students, who can find in PLEs like Symbaloo a tool for organizing their things.
PLEs, despiste being very easy to use, are not that popular among average people and students. Also we learnt the difference between PLE and VLE, but I will talk about VLE in the second reflection.

BLOG:
In my case, unfortunately I didn´t find many new things as I have already had a blog before.

Also, we have had a look at different storage webs  like Google Drive and Dropbox:
Both of them are useful to save documents in the cloud, so that they are accessible from any computer with Internet access. Nonetheless, as they are actually very visible in our daily lives, almost everybody already knows them and knows how to use them.  I am not pretty sure about how to use them with kids in the future, but it´s clear that I can use them on my own.

Another day, we worked on the Microsoft Word options (images, charts, ...). As we have already worked with Word lots of years, we did have a good base of Word understanding, however we learnt an important resource:

-the correction tools: it´s important to use them properly, and we have learnt to use them in that way, so that it will be very useful in the future for us in the school.
-synonym-antonym resources are also very useful for the academic area, and will be worthy for us.
- Mendeley: this is not explained on the documents, but we have had a look in class about it, and I found the citation tools really interesting. It is very worthy, especially for the final grade essay

Another program we have learnt something about was the Power Point. The general options of this program are known for us, but what was interesting and we didn´t know about was to insert videos there. That is clearly a good tool for using in the class with the kids.

About the video-programs: we had a class of Movie Maker that was useful, but  as I have already used it, I did have some background of that. The greatest importance of this program is to know how to cut the scenes. Similar is Real Player, which is considered to be less safe so I won´t pay more attention to it.
In this program, Movie Maker (and also in the web dotsub) we have worked on creating subtitles. I think we will use this in the future, as it is an easy way to work songs with kids, or conversations in a foreign language.

One of the most important programs we have worked on this subject is the HOT POTATOES. This is a basic program for a teacher, as we can create different kind of exercises for kids, very fastly, and very simple. We can create exercises of matching, quizes, and so on.
I consider it very important to have discovered this program, as I think I will use it lots of times in the future. It´s really comfortable being able to create a kind of exercise at home and save it on the cloud so that we can take it later from the school (on the Internet). So it´s a great tool.

Quizlet is another important web, where we can create different exercises of several types: matching, mixing, listening, and so on. This is a good tool that will be used in the future too.

Another program I have already worked before was WebQuest. It is useful for creating tests and different tasks  for the children.

Mindmap was another interesting program, but maybe for older students, in my opinion, and, of course, for teachers. It allows us to create mind maps online. Very useful.

And for finishing the tour, let´s mention the last important program we have worked on: Story Jumper. We used it for creating digital stories. Its use is quite simple, and we have learnt its general use by creating our own stories (this is one of the compulsory activities we have published on the blog).

In general, I think It has been useful to learn those many different programs, as they will be tools we will really use in the future, unlike other subjects where we have the impression that what we have learned will never be used.


If I had to improve this part of the subject I would suggest dealing less with common programs such as Word, Powerpoint, ... and focus more on programs like Hot Potatoes or Quizlet.
Posted by Mikel Huerga at 15:39 No comments: